The Resurgence Of British Hardwood – Closing The Sustainability Loop

As a nation we have become overly reliant on imported hardwoods to the detriment of not only the UK hardwood industry, but also our own native woodlands. There is a long held belief amongst architects and designers that the UK timber industry is both limited in its capability and expensive. But as Tom Barnes of Vastern Timber explains, this is not the case. Specifying British timber offers a range of advantages, and not only for the environment.

It’s widely understood that wood is one of the most sustainable building materials available. Regardless of the size of the project – from the humble kitchen chair to the largest timber constructed building, wood delivers sustainability on almost all fronts and the very process of growing trees, forests and woodlands epitomises the core of sustainability. As well as absorbing 800Kg of carbon per cubed metre of timber, trees and woodlands provide habitats for other flora and fauna and have an important role in flood prevention. Once a tree is harvested it is a simple and natural process to plant another tree to replace it. The cycle of sustainability continues in the most natural way possible.

The processing chain for timber is also very energy efficient. Turning basic timber into a wood product requires little in the way of energy, but often much in the way of skill, care and dedication. And once a final product has been produced it can last many years, even centuries.

But is that enough to allow us to tick the sustainability box? Why have we become so reliant on imported hardwood over domestically grown hardwood and how does this work against the idea of sustainability?

A big part of the reason for our reliance on imported wood is that the level of demand can’t possibly be met by the UK timber industry alone. In reality the UK would have trouble satisfying perhaps a quarter of the demand for hardwood. According to Timber Trade Federation figures, 43% of all timber products used in the UK in 2013 were British grown. But that includes softwoods, for which we certainly have a great deal of capacity. When you look at hardwoods, only 6% of hardwoods used in the UK are native. Unfortunately we have only 13% forest cover in the UK and this figure is amongst the lowest in Europe. 72% of British woodlands are privately owned and of these 64% are unmanaged with only 22% of private woodland independently certified. All this adds up to an industry that does not appear to have the capability to deliver on demand.

It is also true that until recently the UK hardwood industry has not promoted British timber well enough to be able to compete with foreign importers. Fortunately, there has been a trend away from tropical timber towards more temperate wood that favours the UK industry. This is largely because the public desire for darker tropical woods has dropped off and lighter temperate wood is now in vogue. But it is crucial that architects and designers understand the wider importance and benefits of specifying British woods over foreign imports where they can.

By using British wood we are protecting, valuing and putting something back into our own woodlands. We are also supporting our domestic industry and safeguarding jobs. It’s difficult to put an economic value on all of that, but we all want those woodlands to be there, we all want to reduce our environmental impact, and we all want to protect our own economy, so we should be using what’s on our doorstep and reducing the amount timber we are importing if we want wood to be a truly sustainable material.

This localism aspect of sustainability is what we as a nation should be focusing on. Simply having a mark on timber saying it comes from a sustainable source isn’t good enough when the timber has traveled thousands of miles around the globe. Is it not more sustainable to take timber from a properly managed woodland 50 miles away where we can see how well the woodland is managed and can be reassured that there are no negative impacts to ecology or communities?

While UK hardwood remains competitive on price, depending on the species and grade, it cannot promise to be any cheaper than imported timber. However, the UK timber industry can offer a wider variety of grades and specifications than imported wood, for example length, width and thickness of boards, and crucially we can offer a stronger narrative behind the wood being used. Imported wood is very generic and you don’t get any feel of where it has come from, but in the UK we have an ability to link the woodland, the community, the processor and the user. That’s something the UK industry is working hard to promote.

Architects need to understand that there are commercial volumes of hardwoods and specialty softwoods in this country, so they should be asking for it. Don’t assume it’s not there, don’t assume it’s more expensive, and don’t assume that you are limited to the grades and specifications that are generically available with imported wood. So even the design possibilities for architects and designers are greatly increased through using British wood.

The Grown In Britain movement has been developed to help promote the UK timber industry and address the mythology and traditional lack of awareness that has worked against British hardwood. As a result of Grown In Britain the UK timber trade is working much more closely together and the supply chain has made great strides in developing a more consistent offer to the market in terms of information and product. For example, the industry is working on the development of more modern and advanced products such as thermally modified timber products that will enable greater use of lesser used hardwoods. This illustrates how the industry is modernising, progressing and becoming better at producing tested products that can be specified by the architect or interior designer, instead of simply offering wood.

By supporting the Grown In Britain movement and specifying British hardwoods, architects and designers have it within their ability to directly help to grow and protect this most important and historic industry, creating and safeguarding jobs and our woodlands and helping both local and national economies. But ultimately, by supporting the UK timber industry they will be helping to close the loop on sustainability. That’s a powerful message and a convincing driver for cultural change. 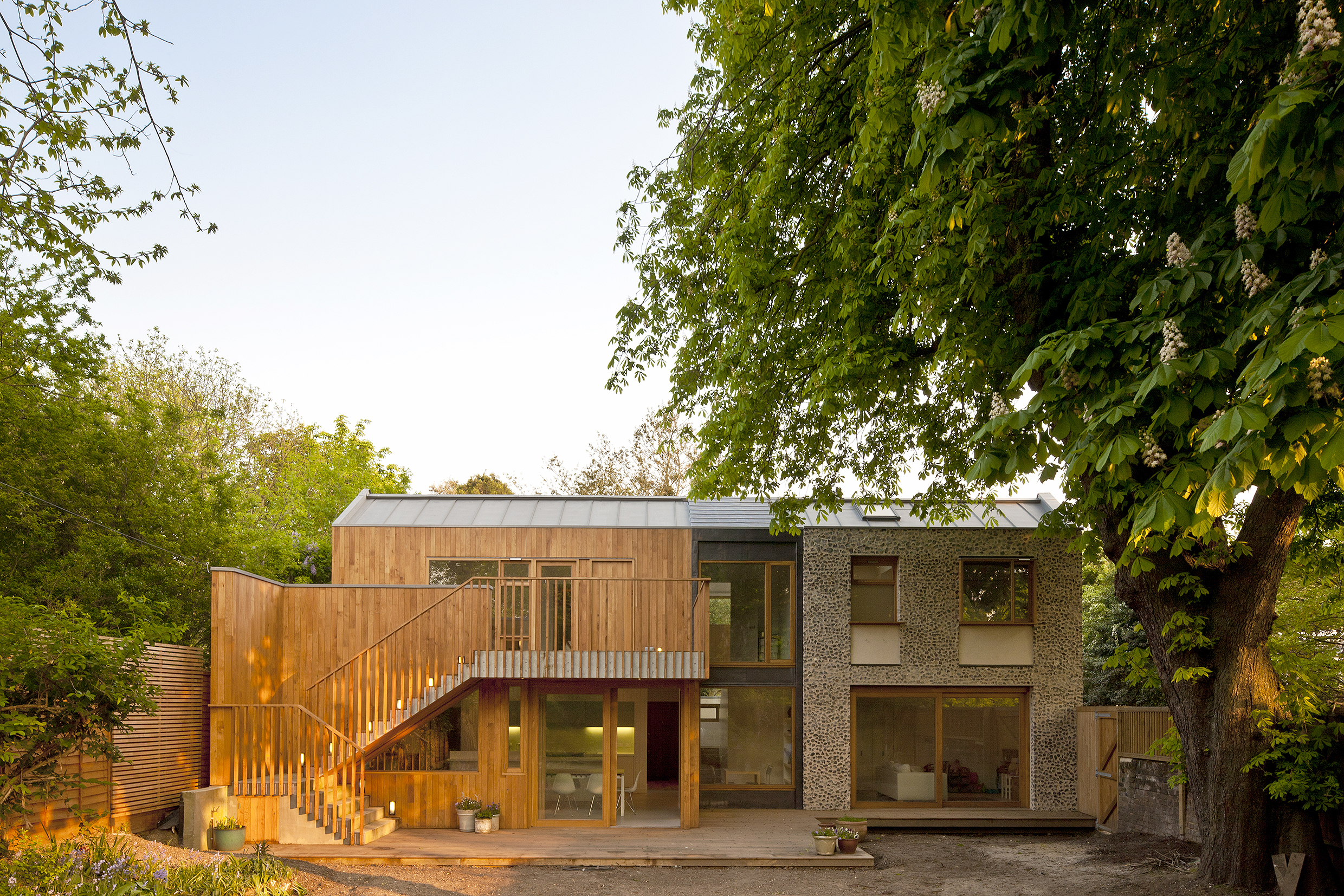 Example of cladding at Flint House 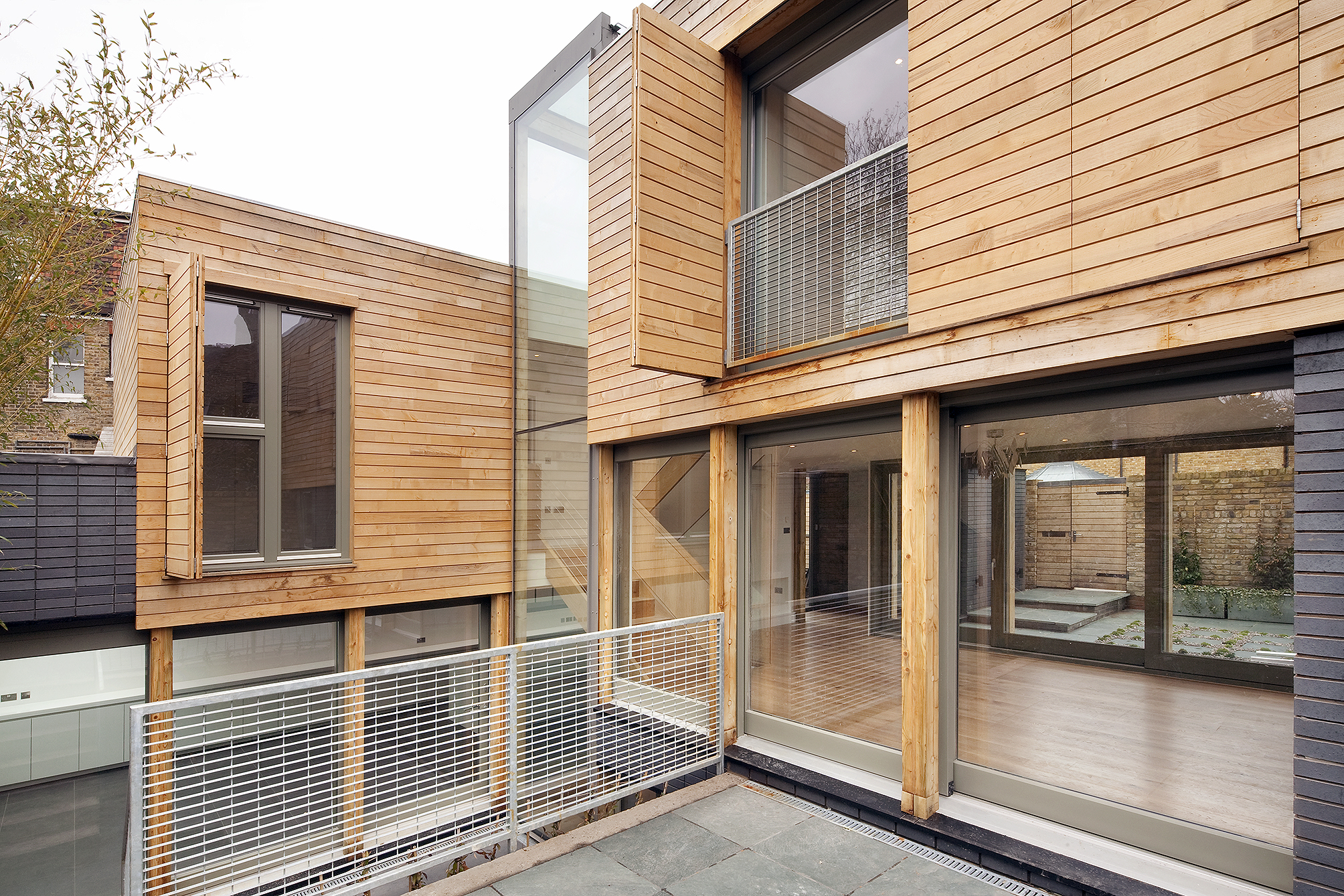 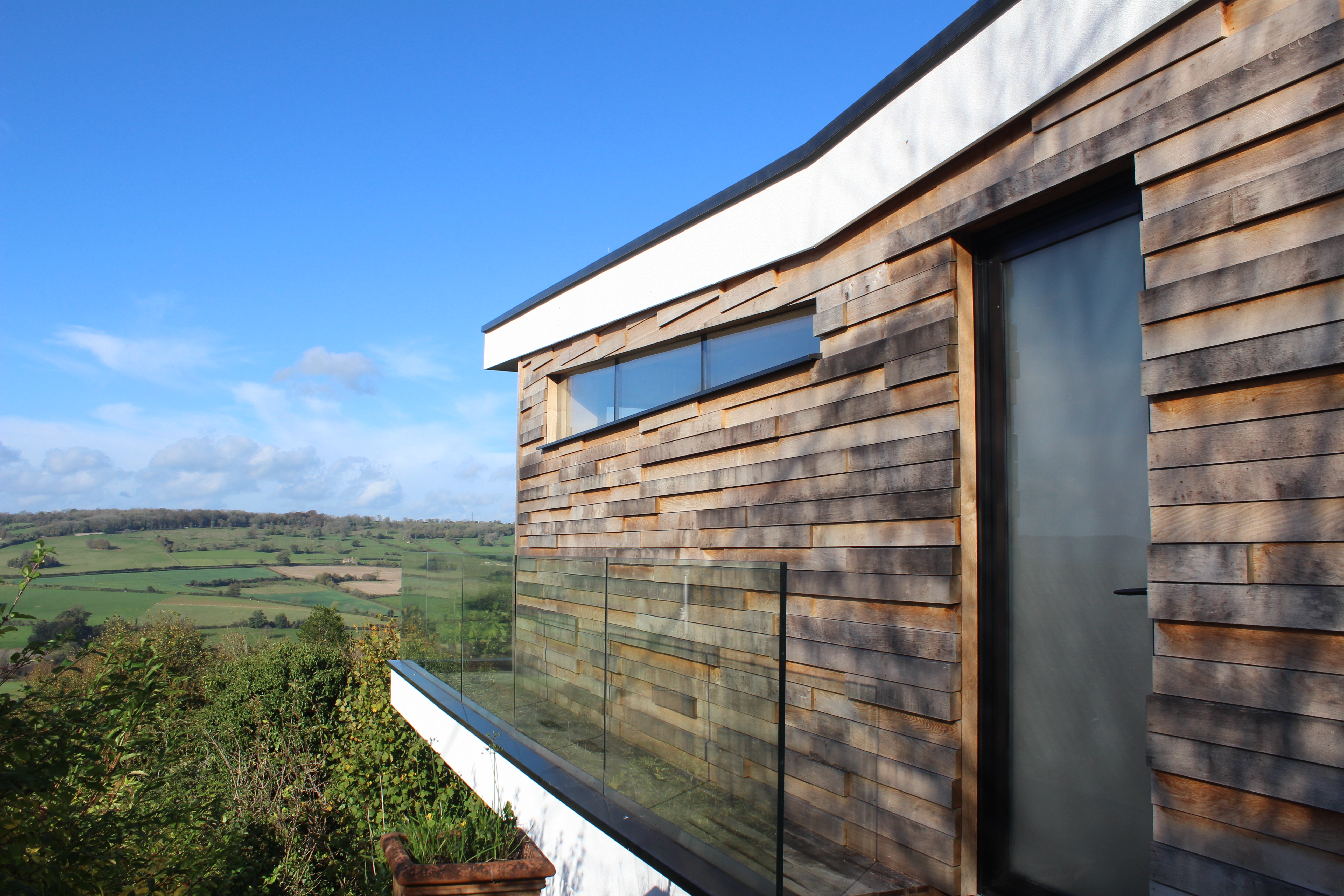 Vastern Timber cladding on a private house in Box, Wiltshire