Recreating a Wood Culture: Wood For the Trees part 5 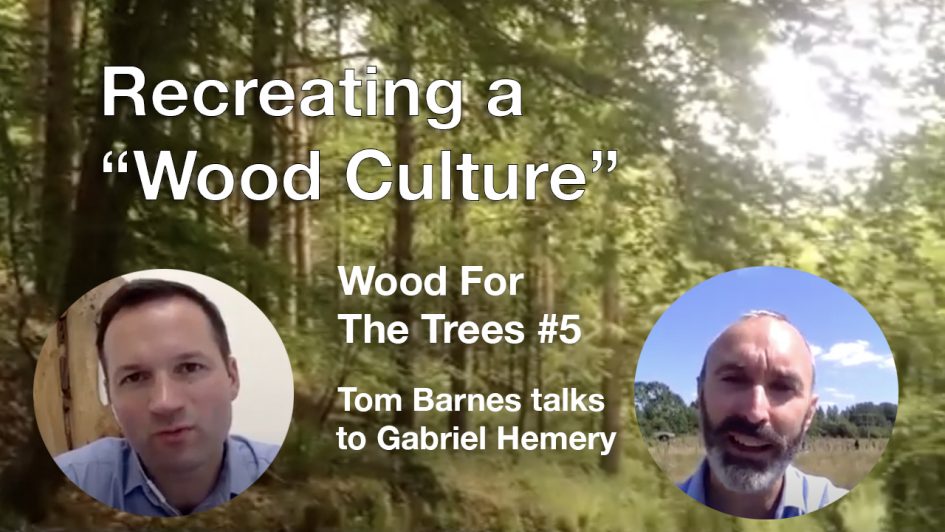 The extent to which we will improve our woodlands, and create new areas of planting in the future will largely depend on society’s view of woodlands.

In part 5 of Wood For The Trees, I talked with Gabriel Hemery, forest scientist and co-founder of the Sylva Centre, about ‘Wood culture’ in Britain.

What are the connections between society and trees, and how this might affect the future of our woodlands and forests?

We witnessed widespread demonstrations in 2011 when the public believed that our national forest was under threat and anger is now being voiced about the loss of ancient woodland due to HS2.

There has been less of a focus on the damaging chronic problems that beset our woodlands – the decline in biodiversity levels, the death of many native species as a result of climate change and disease, the decline in the management of woodlands and the almost complete lack of new woodland creation in the uk outside of Scotland a pitifully small 2600 hectares for the year 2019-20.

Will we care enough about reversing these chronic problems to demand that government make it a policy priority and incentivise land owners to expand and manage their woodlands?

In 2020 I’m working with activist film maker Charly La Marchant to make a series of films exploring the future of our forests. I’ve had some fascinating conversation with experts from a range of different backgrounds, discussing our hopes and fears for the future our woodlands in the UK.

I hope you’ll watch the whole series on our YouTube Channel.